Be Inspired. Inspire. Be An Inspiration
Farming Lessons in Life

Three Reasons Why I Decided to Focus on Organic Farming 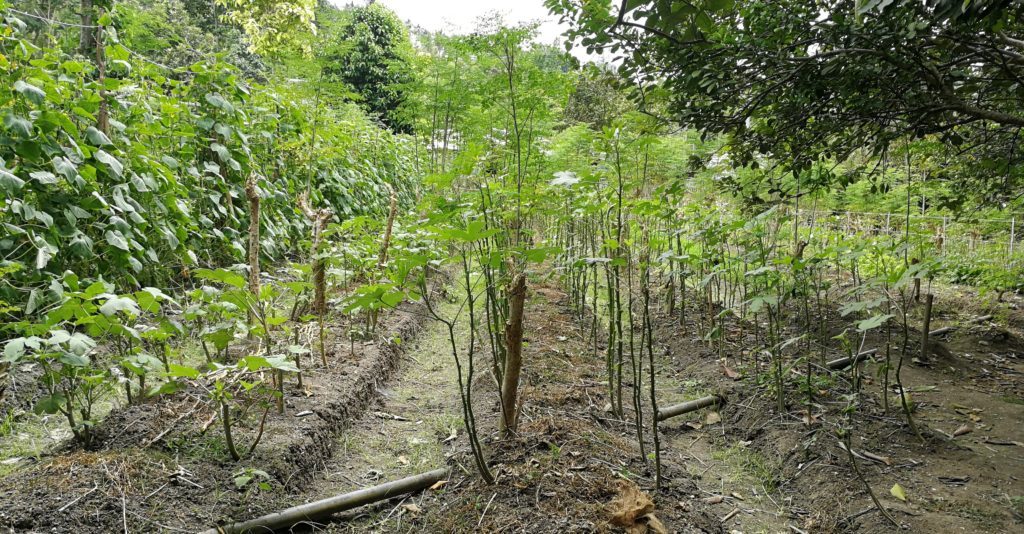 As I have shared with you in my previous post, I don’t have a degree in Agriculture or a license. I’m just a practitioner and a small-time farmer who has big dreams. Here’s a bit about myself and my farming aspirations.

There are tons of reasons why I don’t need to toil the land and grow my food. But, I think I can be more happy and content when I do otherwise. I only have three reasons why I want to focus on farming and these outweigh all the other reasons to work in the office or the academe. Actually, a few people, including my parents encourage me to get units for teaching, but I am reluctant. I did get the requirements last 2017, but until now, I still have them in my envelope.

December 2017, I went back home to the province and started with my small farm. I just till the land, but it’s of my parents. However, I still have my responsibilities, juggling between my online work and the farm work. So, it’s kind of hard to focus and establish my farm. Even though I’m still less than 10% of my farm goals, these three reasons keep me going:

Establish My Own Farm

I want to have a farm and I already have a name for it – if God allows it. I want to have a farm of my own, perhaps apply the permaculture concept that I’ve learned from one of the online works I had. The thought of waking up in the morning and all you see is green all around, fresh air and organic food. It’s just so refreshing.

Of course, it won’t happen with just one flick of a finger and it needs money, undivided focus, and a lot of effort. Aside from making a haven for me and my family, it’ll be a source of income for some of our relatives and the people in the community. Additionally, it’ll also be an inspiration for others to know that there’s no such thing as barren land. I learned it from the 2018 Regional Organic Agriculture Conference in Dauin, Negros Oriental, it was the wisdom from the father of Professor Romulo Davide, “there’s no barren land, only barren minds.”

There’s no reason for high-priced vegetables and fruits if we can provide a great percentage to the market. With the competition, the price of the staple foods will lower so everyone can afford healthy food for them and their family. The reason why we become easily sick, it’s because of the food we eat. Most of us, especially in the city, don’t have access to organic vegetables. So, instead of eating healthy food, we eat a lot of things with chemicals.

Travel the World through WWOOFing

Like most young adults of my age, I also love to travel around the world. I started appreciating the beauty of traveling when I first fly to Cagayan de Oro last February 2014. Then, in October of the same year, I went to South Korea for a four-day vacation. In August of 2015, I went to Brunei with my brother and had a quick visit to Sabah, Malaysia where we applied for my Visa.

I want to travel around the world, but I think I must do something or at least, to make sense of my travels and not just travel because I want to. Just like what I always wanted, I want to have an impact on everything I do and everywhere I go. After I know about WWOFF and read a few things about it, I’ve connected the dots and I know I’ve had the bigger picture of why I want to establish my farm.

When Did I Start?

As mentioned in my previous post, my Ate Tess introduced me to organic farming, which inspired me to go back to the province. It was December of 2017 when I decided to go back to my hometown and started toiling the land, again. Then, I learned about Organic Agriculture Production training. And, from April to May of 2018, I attended the said training. There, I met my boyfriend, who had taken Marine Transportation in college, yet planned to focus on farming, as well.

After a few months of being in a relationship, we continued the farm that I started and we planted mostly leafy vegetables. We tried to plant watermelon, but our place isn’t conducive to such fruit-bearing plants. We want to make greenhouses to host such plants, but we lack the money to buy all the needed things. Hence, we decided to find work abroad and have enough capital for our plans. [Until now, we’re still looking for farm work abroad.]

My Inspiration to Focus on Farm Blogging

I have a client for more than two years and he made me realize that I can still do something. I wrote reviews and roundup articles for him. Then, he asked me if I have a website or if I want to earn more money out of the thing I’m good at. So, he opened the path that led me to farm blogging. He was the one who suggested I should focus on a niche – something that I am very interested in. It took me several months of thinking. Then, I came up with the idea of having articles about farming on my website.

What to Expect in my Future Posts?

Well, since this is still a personal blog, you can expect some of my thoughts for the day or anything under the sun. However, I will focus more of my energy on farming-related topics, including farm visits, news, farm practices, and farm tool reviews. My future product reviews are based on users’ reviews online because, as of now, I don’t have all the resources to try every farm product on Amazon, Lazada or Alibaba. So, what I will do is to make in-depth research and do roundup articles on everything that can be used on the farm.

Though this website is already a few years old, I just started writing articles on farming. So, apparently, this is still very young. Please bear with me and I hope you’ll get something useful out of my posts. Feel free to leave a message or comment so that I’ll know your thoughts.

To Make a Change is a Difficult Challenge to Accept

When the Wait Seems to be Long, Maybe It’s Time for You to Move on…