Be Inspired. Inspire. Be An Inspiration
Challenges Life's Great Questions 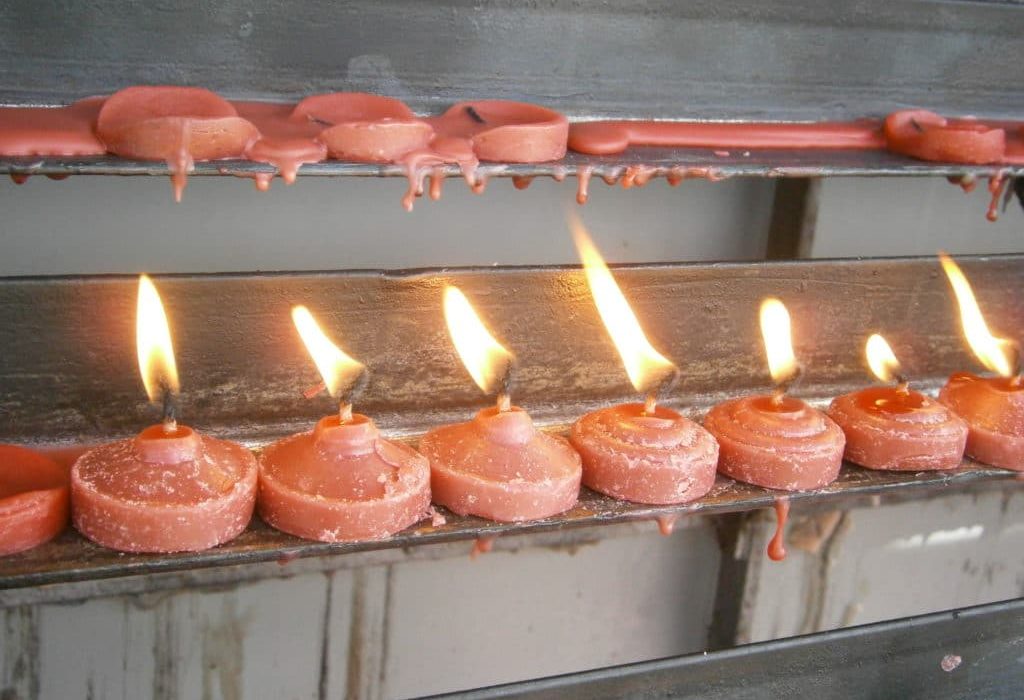 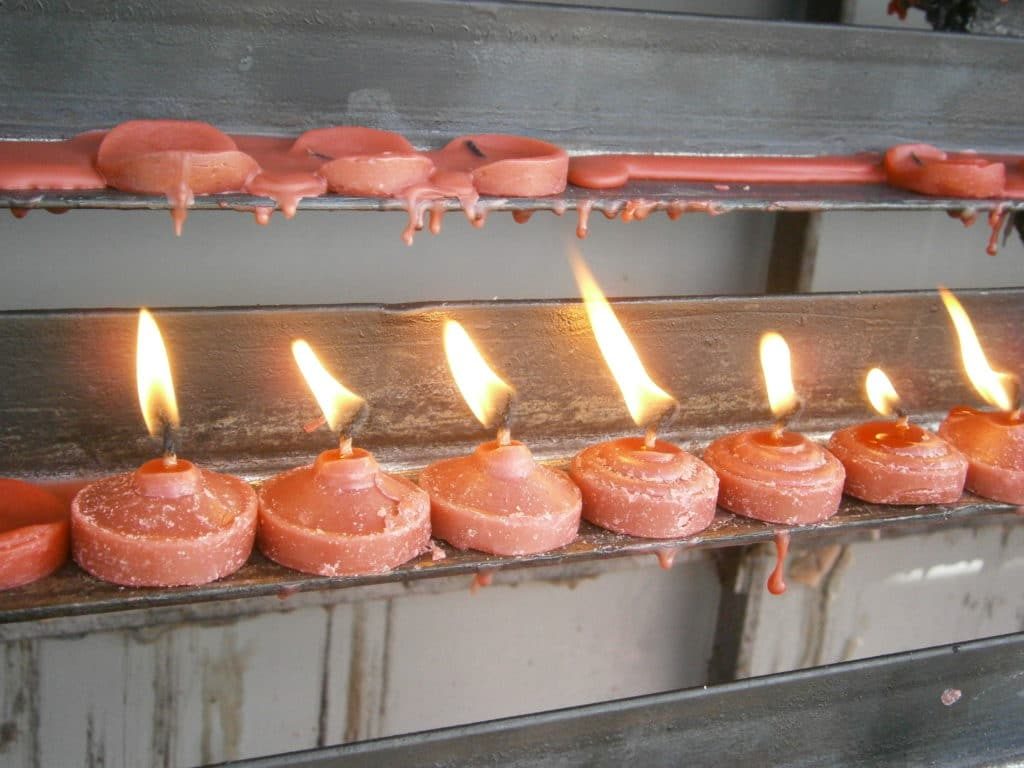 I’ve been to many Catholic churches and have lighted hundreds, even thousands of candles already. But, my experience in Argao, in the Saint Michael the Archangel Parish was something that really bothers me.

It’s our first time visiting the church and we went the wrong way. Instead of entering in the main entrance, we went the other way. We got in from the back gate of the church and exited at the main door of the church. On my way out, one candle vendor approached me, handing me a few red/maroon candles. I usually don’t lit colored candles. So, I pointed out the thin white ones and asked her to give me seven.

Then, another vendor came and I said, give me seven as well. Then, a short old man came with his candles and I bought seven from him too. There were still other vendors coming, but, I refused them. So, since I bought 21 candles, I handed them Php 21 and told them to divide it among themselves.

I went straight to the candle area and lit all the 21 candles in one of the aluminum containers. I said a few prayers and left the candles. A minute or two after I left the 21 candles, I noticed my brother is murmuring something about the candles being put out and brought to other area. But, I just let it slide, had seen the Church museum across the candle area and asked my brother and nephews if they want to get in and look around, while I am contacting the other car.

After a few minutes, I went back to the candle area where my brother is standing. I tried to went straight to the old man who’s transferring the candles, but my brother said he had already spoken to him. According to my brother, the old man said he tried to ask permission from me and I allowed him. But, in fact, he didn’t say anything. After I made I few prayers and made a few steps back, he secretly transferred the candles (all the 21 candles when in fact only seven of it were bought from him) without saying a word. Same thing had happened to the candles that were lit by my sister.

Business is business, but NOT in the church, please!  People are buying candles because of different intentions. Nobody will light a candle and put it off afterwards. I don’t know for some, but in my experience, nobody. Most of us, if we light a candle, we have to make sure that those candles will not easily be put off by the wind to keep it burning until it consumes the last wax of the candle. And, here is a man trying to interrupt in the process.

I don’t know if it’s just me who experienced this in Argao or in any town, but, if many have already experienced it, it’s something that really have to stop.

The candle area comes with the large tin can or an aluminum basin. Candle vendors own one of them. So, if you light your candles on the can or basin that’s not theirs they would transfer those candles to their basin. However, they can always guide the buyers where their basin is. If the buyers will follow them, it’s good, but if not, why not force it by transferring those already lighted candles?

Not just that, those candles were already sold, why bother to forcefully collect those drops by moving it to your own container? Some cheap candles, mostly sold by church vendors have drippings and they will collect it, because it CAN BE RECYCLED. That’s why, in some churches in the province, the usual setting of the candle area comes with several aluminum containers, each belonging to different vendors.

If the candles are already SOLD, they belong to the buyer already, and he has the right where to light those candles, if he will. The vendors should be hands off of what will happen to the candle after it’s being sold. Candle vendors SHOULD NOT make business out of the candle drippings by forcing it to drop in their own container. That is SELFISHNESS, and this character SHOULD NOT be displayed in the church grounds.

So, don’t let your business be driven by your desire to profit and make a lot of money, especially when you are selling candles in the church grounds. This is never taught in the church

Your priority should be, to become an instrument that believers can say their prayers with your candle. Isn’t that wonderful to see your candles lighted by people and used them to say their earnest prayers?

Will you not be happy if your candles will be lit in other vendor’s container? You should be, because in some way, you have helped him/her. A drop or two from the candle you sold has helped the business of the other. I know that if you have that attitude, more blessings will be coming your way.

For your thoughts, see the comment section below. Love to read your comments and I’m glad to reply to them.

(Should you have corrections/reactions to this article, please contact me at admin@theextraplus.com.)

Do Not be Afraid: You Are Yet to Become the Best Version of Yourself!

Day 1: The Beginning Is The Hardest Part

Pick a Date for Yourself and Mark It!