Be Inspired. Inspire. Be An Inspiration
Challenges Inspiration Lessons in Life 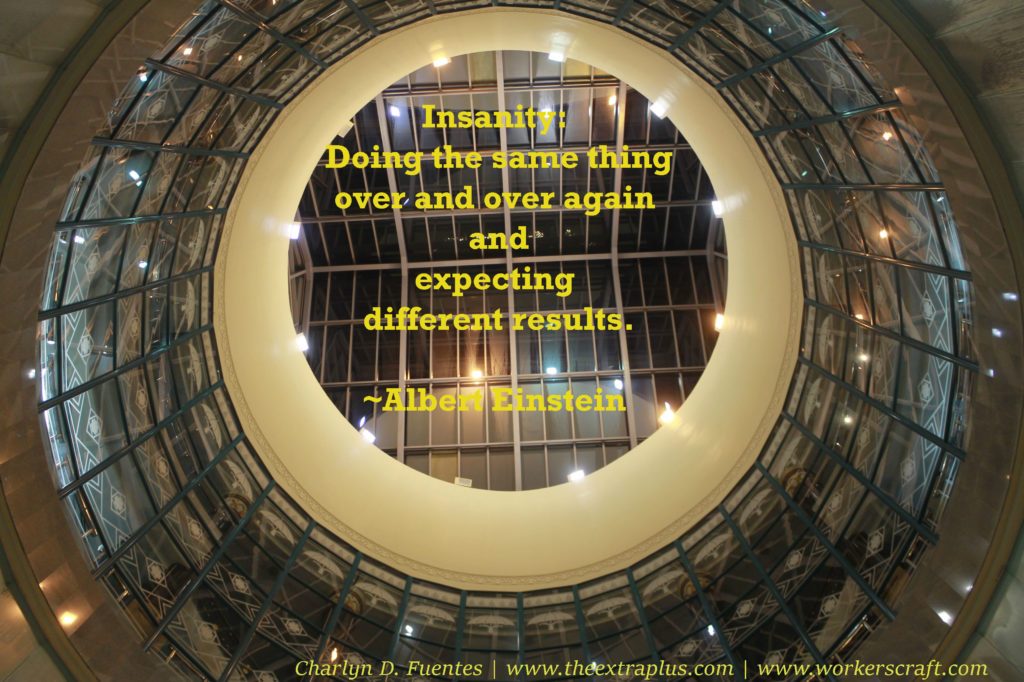 Have you been caught in a dilemma wherein you seem to be stuck in the vicious cycle of problems and miseries and difficulties?

Well, if you are stuck, you’re not alone. And, guaranteed, that’s not the end of you, yet. Surely you can get out from that – if you choose to do so, like many others.

It’s not just you who feel that way, some may feel twice as hard as you feel, and may even carry triple times what you’ve carried. But, some of them managed to get out and break free. How did they do that?

Well, there isn’t any rule book that says, “You need to do this,” or ” You should do that!”

Quote of the Day!

What we have, in the current time, are the best practices handed down from those who successfully break free. Since these are “best practices,” it MAY or MAY NOT work for you. However, the best lesson that Albert Einstein left us with is this:

Insanity: doing the same thing over and over again and expecting different results.

This simple, yet powerful statement may be easily understood, but often overlooked.

We tend to do the same things over and over again, and we expect that the result would be different the next time around. But, just as the apple tree doesn’t bear banana, so is our action.

We have a working student at home who really needs more guidance and discipline. She was told to ask before doing, especially when it comes to the recipe for the day. Though she asked for the recipe of the day, she was, maybe unable to hear the reply or it didn’t sink in to her system.

She made a whole new recipe instead of a fried one. Of course, confrontation follows. My brother asked what’s the reason behind the decision. But, she didn’t answer. After a while, my brother started to teach her lesson, so am I, but to no avail, she started crying.

We didn’t mind her crying, instead, urged her to answer that simple question. To no avail, both my brother and I stopped asking her question.

Sometimes, giving some space and letting the moment subsides before asking the person may be very effective for reconciliation. However, not applicable in all circumstances. Why? There are people who, instead of opening their hearts and minds analyzing the situation, they put themselves in the center and should be appeased by the other, even though sometimes they even made the uproar on the first place.

Since she is yet a fourteen-year old, instead of asking her questions verbally, I write my questions in a piece of paper. So, she don’t need to open her mouth to answer my questions, she only needs to write them down. The more time we spent writing question and answers, the more she opened to me the reason why she acted that way. Then, it came down to a point of asking for forgiveness.

Finally, she stood up and went to my brother asking for forgiveness. She started up the conversation and ended up reconciled after a few hours of silence. She expressed herself vocally, so that the two could talk peacefully. I was happy I did that, which normally I only sort into talking (verbally) things out.

Teenagers are among the people whom you can hardly touch their hearts. They may hear every word you say, but, nothing of them ever retains in their hearts. You may sermon, reprimand and scold them, but, some of them just simple go on their old ways, even if it’s destructing them. Hence, you really need to device another way to approach them in a way beneficial to both parties.

Lastly, it’s amazing how wonderful things could just unfold in front of you if you keep on doing things differently and with the heart. This means, if you want to be reconciled with your loved ones, yet, you are still doing the same thing they hate, then, the possibility of not being able to be re-united is 100%. On the other hand, if you sincerely want to achieve something or be something, and you explore other possibilities to have what you want, the possibility of success is also 100%.

There is ALWAYS a Way!

Three Reasons Why I Decided to Focus on Organic Farming

Your Daily Routine as Your Mission: Key Takeaways on the 29th Sunday of the Ordinary Time