Be Inspired. Inspire. Be An Inspiration
Game Reviews Games & Beyond

Roll Turtle: Simple, Yet One of the Most Nerve-Racking Mobile Game I’ve Ever Played

by Ryan Rosales
No Comments 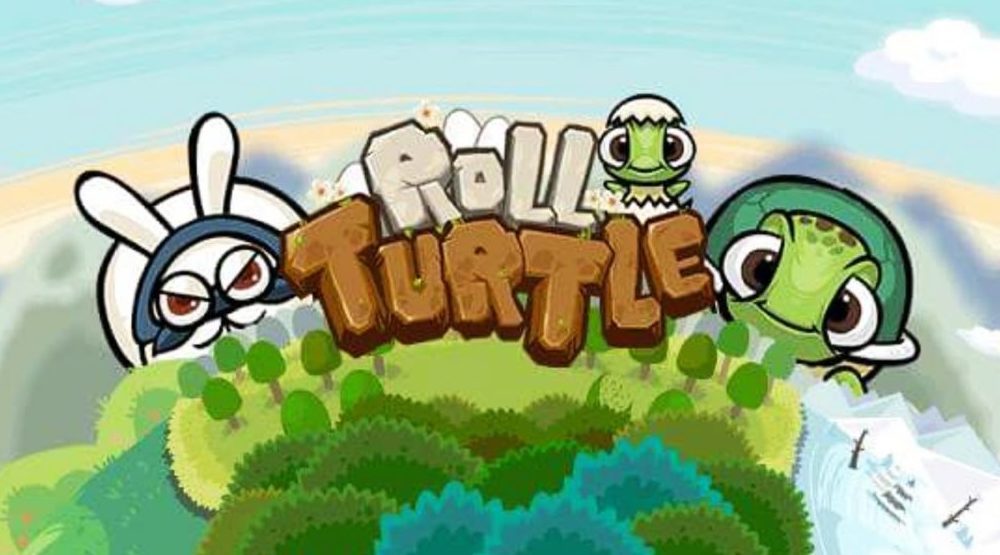 Have you heard or ever played Roll Turtle? Well, it’s a very simple mobile game, yet nerve-racking. Why nerve-racking? Well, there are only three characters in the game – Daddy Turtle, Baby Turtle, and the vicious Rabbit. At the introduction of the game, the Daddy Turtle watches over his eggs, when the Rabbit came. Then, a while later, he took all the eggs and drops them one by one as he goes. Aside from the problem with his eggs, Daddy Turtle also has to rescue his hatchling.

Although the ultimate goal of the game is to save the hatchling, you also have to collect stars and the eggs left by the rabbit along the way. You’ll get a gold badge for completing the mission on less than the allocated time and another badge for collecting all three stars. The number of eggs will be displayed below the level number. Plus, as you progress and move up to the next level, little by little, it gets more complicated.

But, why did I say it’s easy? You don’t need any complicated controls. All you got to do is tap the right side of your phone’s screen to let Daddy Turtle roll to the right and to the left if you want him to roll to the left. That’s all you must do. However, the trick is, you have to strategize the roll. If you let Daddy Turtle roll to much, he might fall and fail to rescue his hatchling. Otherwise, he’s too slow to reach his destination. You must, as I mentioned, ‘strategize’ whether to allow him to roll faster or slower.

This mobile game is available in Google Play, App Store, and Amazon.com. So whether you have iPhone, iPad, iPod Touch or any Android device, you can easily download it and play. It requires Android 5 and up and OS 6.0 or later. It’s developed by Kirafu which was released last July 28, 2016, with the latest update just two months ago, November 21, 2019. The good news – it’s free in Google Play and App Store, but it’s $2.99 when you get it from Amazon. It’s available in various languages with five different worlds and over 100 unique levels and boss levels.

Roll Turtle is a gem of the developer since it has received a lot of awards including, “Winner of the IMGA(International Mobile Gaming Awards) China,” “Best Quickplay Game Award, WINNER of the 4C Digital Design Award,” and so on. It was also featured in Google Play’s Best New Game and one of the 10 Best Games in Taiwan.

No ads nor any interruption while you play, so you can just enjoy and get nervous. It’s full of adventures, plus the characters are very cute. Even I, who had played MMORPG and other games, have appreciated this lovely game, how much more your kids?

How to Play the Game

As mentioned in the introduction, the game is very simple to play. You just have to tap/tap and hold the right part of your phone’s screen if you want Daddy Turtle to roll to the right and tap the left if you want it to roll left. If you want to stop, just release your finger. No need to tilt your phone, whatsoever, just tap and hold. Then, as you go, collect the eggs (very important), the stars, and of course, rescue the hatching. You won’t move up to the next level unless you have reached to the hatchling at that particular level.

You can actually just jump right into the hatchling, but as I said, collecting the eggs is very important. The eggs will allow you to move up to another world. Initially, only the HILLS world is open. Then, if you collect 55 eggs, the FOREST world will be opened. Get 115 eggs to play the SNOW world, 170 eggs to get access to the DESERT world, and collect a total of 230 eggs to go to the SKY world.

The stars will help you earn badges per level. As for the other badge I mentioned, you can get it if you played (and completed) the level before the allocated time. Here’s a YouTube video that gives you an idea of the gameplay of this wonderful game.

The setting is completely different per level. You don’t know where Daddy Turtle will go or fall. You can have a glimpse of where you’re going as Daddy rolls. Likewise, you also don’t know where the eggs, the stars, and the hatchling to be rescued. As you move up, there are traps and trampolines along the way. Some eggs are placed on the traps, which makes you blow away. You must repeat the level until you reach the hatchling. And, if you don’t collect enough eggs, you MUST need to finish (collect all the eggs) of the hard levels to access other worlds.

If you are playing a difficult level and you haven’t reached the hatchling, you can repeat that level over and over again. If you want to collect all the eggs and the stars, never reach the hatchling in order to do so. Reaching the hatchling means that the level is cleared. To further explain this, here’s the situation:

Suppose, at first attempt, you collected one egg (out of three, for example) and as you roll you fall without getting to the hatchling, you’ll given another chance. This time, you need to collect the remaining two, because the first egg you collected is counted. Then, as you do the second try, you fell without getting any egg, you can still try again. Suppose, at third try, you fell directly to the hatchling, you’ll automatically clear the level without getting the other two eggs. Should you need more eggs, you need to do this level again from the start.

Again, you can have several attempts to collect the stars and the eggs but never reach the hatchling. However, you can always hit the redo button if you want to get all eggs before moving on to the next level.

Simple, fun, and entertaining. These are three characteristics of Roll Turtle. On the flip side, it’s also challenging, panicking, and can make you become short-tempered, especially if you keep failing the same level over and over. It’s a game for every age. A game that will keep you awake. And a game that you’ll surely be tired of, but never stopped until you face the boss (after finishing all levels in a particular world).

As much as I enjoyed the game, I’m also recommending it to anyone who wants to play during their past time. Likewise, I suggest this to everyone who wants to see cute characters in the game they play. Enjoy!